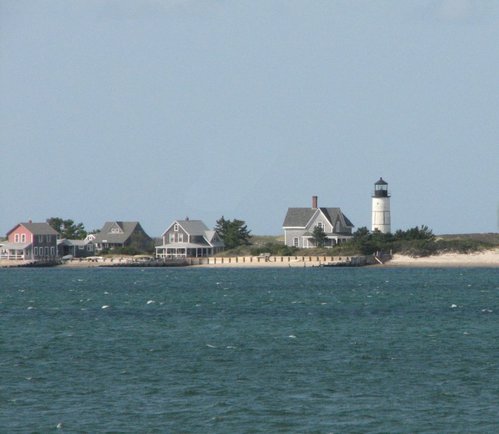 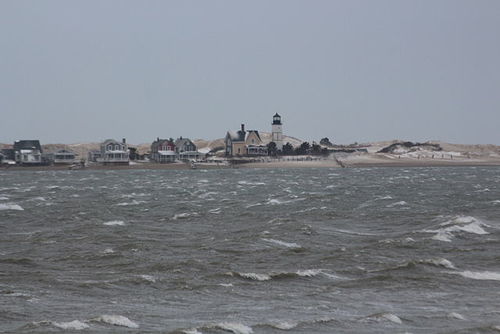 Kevin Rutherford Sandy Neck Cultural Resources District CC BY-SA 4.0
Sandy Neck is an eight mile barrier island protecting the Great Marsh of Barnstable.  The island grows longer with time, as sand eroded from the Sandwich coastline moves gradually toward the east.  Interestingly, when Sandy Neck lighthouse was built in 1827, the lighthouse was near the end of the point, overlooking the channel to Barnstable Harbor.  Now the lighthouse is almost 3000 feet from the tip of Sandy Neck.  In the 1800's, Barnstable Harbor was a busy port with fishing, packet boats to Boston, shipping to Europe and whaling.

​The first lighthouse built here was built with the wooden lighthouse in the middle of the keeper's house roof, this was a fairly common construction at the time.  By 1857, the house and lighthouse both were torn down, and a new 48 foot brick tower and wooden lighthouse keeper's house were constructed.  In the 1880's, two iron bands were added to strengthen the structure of the tower; those can still be seen on the lighthouse.  The use of the lighthouse ended in 1931 when the light and lantern were removed. At that time, the light was moved to a steel tower a few hundred feet to the east; that light itself was discontinued in 1952.  In 2007, a solar powered light and new lantern were installed to make the lighthouse a private navigation aid, and with the efforts of the Sandy Neck Lighthouse Restoration Committee and local donations, the light shines again. 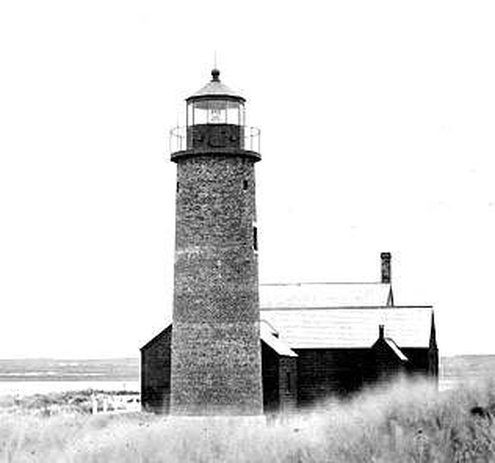